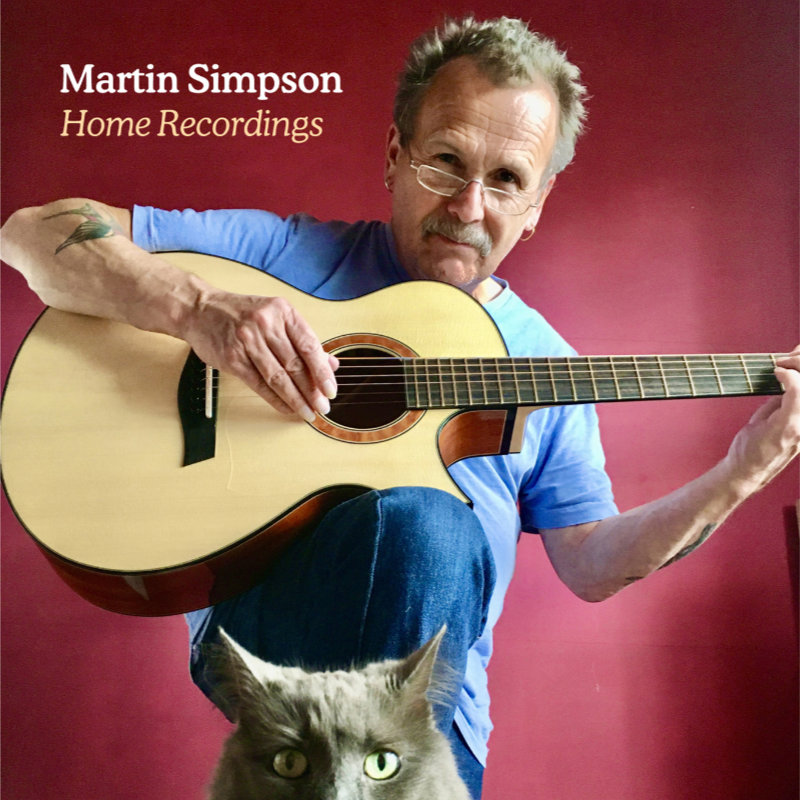 Martin Simpson’s next album was going to be a live one.  But the lockdown put paid to all that.  Even so, this cloud does have a silver lining.  And what a silver lining it is.  Unable to play to audiences (Martin can average over 100 gigs a year) or go into a recording studio, the only solution was to record a new album at home and were it not for the gaggle of geese flying overhead (you can hear them on ‘Lonesome Valley Geese’) and the birds happily tweeting on the closing track, you perhaps wouldn’t know this wasn’t a studio album.  Recorded by his regular producer, now neighbour, Andy Bell, the aptly-named, Home Recordings finds Martin singing and playing, literally amongst his beloved guitar and banjo collection and out on his Peak District-facing porch.

“As the pandemic progressed we began to lose friends and peers. John Prine left us in April and I played for him at home. I was focused on material some of which I’ve known for 50 plus years, some I’ve recorded before and revisited out of love.
I played songs over and over to finesse the arrangements, but in the absence of a live audience there was an additional intimacy. I wanted to capture this feeling and so Andy Bell and Tom Wright set up in the living room and I played and sang in the music room.
I’ve included two recordings made on the deck outside the back of my house. I spent a lot of time playing to the valley.” – Martin