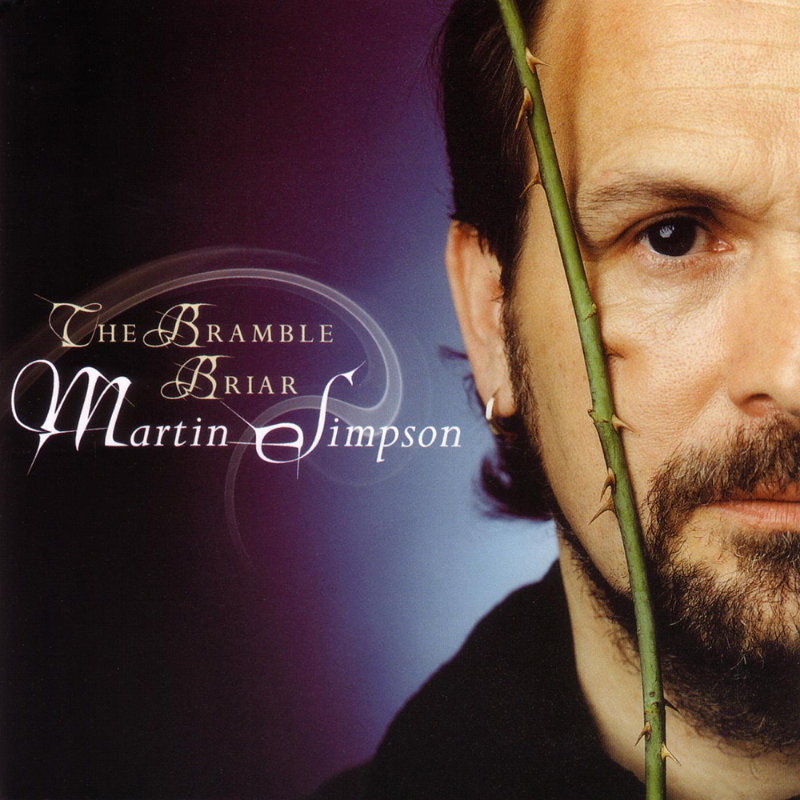 Winner of the BBC Folk Album Of The Year at the 2002 BBC Radio 2 Folk Awards, this recording marked Martin’s return to living in England.

The songs are mainly drawn from the English tradition, with fantastic vocal and instrumental performances from Martin. Guests on the CD include another Folk Great, Martin Carthy, in their first ever collaboration, one of England’s best accordion players, Chris Parkinson and the wonderful American cellist, Barry Philips.

A career highlight, The Bramble Briar resulted in Martin being nominated for 4 BBC Folk Awards; Best Traditional Song, Folk Singer Of The Year and Musician Of The Year which he won for the first time, along with the Album of the Year Award.

Martin has been hither and thither – geographically and musically – over the last decade or so, establishing a proud body of work along the way. But roll out the red carpet, crack open the bubbly, the former boy wonder is back. Back in Britain, back on Topic, back playing English traditional music and back on form.

This is a formidable album, His guitar playing is exemplary, his singing bold and fiery, the material richly powerful, performed with rare conviction. He’s a stylist, both as accompanist and singer – and although it’s a term that has been somewhat maligned in recent times where a more natural style of story-telling is favoured, Simpson’s idiosyncratic exaggeration actually adds to the narrative without any sense of manufactured force.

Like all great interpreters, Simpson approaches songs with a respect that borders on awe, nurturing each phrase as a precious commodity to advance the story to the next sphere. The ballad form has certainly undergone an encouraging revival in the last couple of years and performances which get under the skin of the songs with such sustained intensity can do nothing but increase the drama.

Great songs like Dives & Lazarus, Polly On The Shore, Betsy The Serving Maid and The Bramble Briar are given renewed verve, while there’s also a superb version of Cyril Tawney’s Sammy’s Bar. Simpson’s own beautifully crisp guitar nurses the drama with deft enterprise, while Chris Parkinson, Martin Carthy and Barry Philips provide additional texture. He’s a supremely talented and versatile man, Martin Simpson, but this is what he does best.