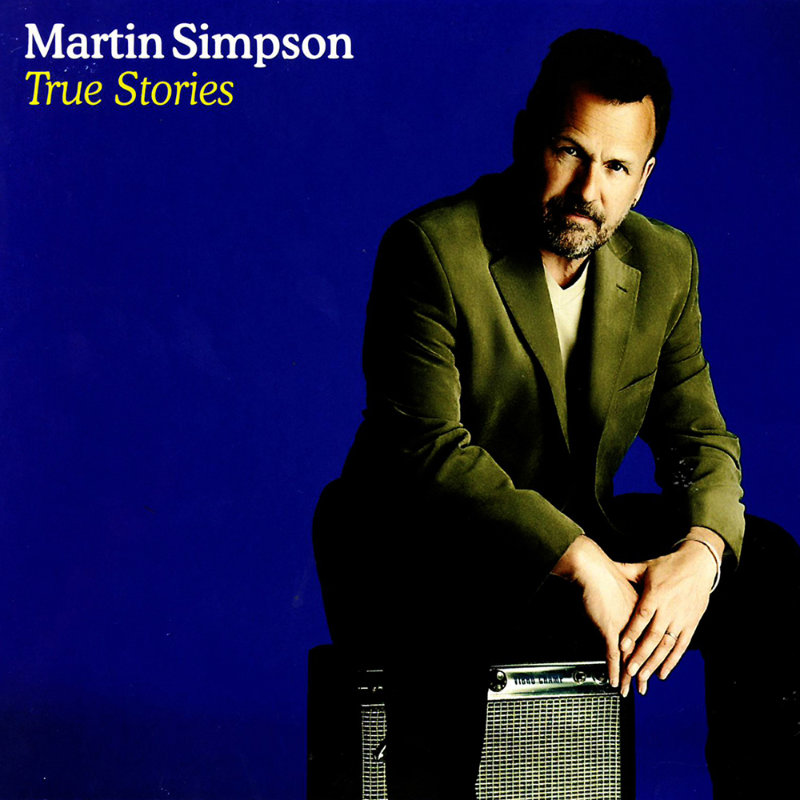 With an AMAZING band complementing his fabulous guitar playing, True Stories is also the first Martin Simpson release to feature an equal mixture of self-composed and traditional material. It’s a fantastic blend of new and old styles and sounds, with stand out tracks being Look Up, Look Down, Home Again, One Day and Stagolee. A fabulous reception in Mojo, Bass & Guitar Magazine and The Independent Information, which gave the CD 5 stars, has led to radio play on The Radcliffe & Maconie Show on BBC Radio 2, a guest spot on Simon Mayo’s Show on BBC Radio 5 Live and a feature on BBC Radio 2’s Mike Harding Show. The album outsold everyone else at the 2009 Cambridge Folk Festival and shows Martin’s talents as a songwriter and arranger off to their maximum effect!

Without doubt, one of the present-day, defining instrumentalists of the English music scene. Uncut 4*

It’s all damn near faultless. Uncut 4*

The guitarist and singer from Scunthorpe has established a mature solo career that spans American and British folk traditions with aplomb and feeling. The Independent 5*

His latest composition confirms he is on top form….he again delivers a beautifully crafted mix of traditional songs and new compositions The Sun 4/5

A very classy set The Guardian 4*

Reliably, a Martin Simpson album will include one song that will break your heart Financial Times 4*

…the latest triumph….an album that revitalises northern English and Scottish folk with verve, intimacy and immense sensitivity. Metro
English tradtionalist at the very top of his game. Guitarist 4*

Folk at its finest. Sunday Mercury

True Stories is awash with things to admire and love. Guitar & Bass